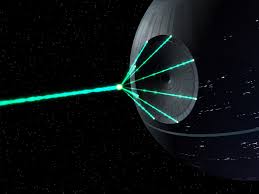 In September the Brooklyn, N.Y. firm Makerbot started selling the $2,200 Replicator 2, its latest and most polished 3-D printer.  The machine is a very sleek piece of machinery that extrudes ultrafine strands of heated plastic in layers to turn software models into detailed, solid objects. The above product release video features Makerbot founder Bre Pettis and is worth watching.  Mr. Pettis provides an overview on all of the enhancements that have been incorporated into the Replicator 2 and his closing words provide the basis for our blog posting:

“We can’t wait to see what you make with it”!

Anyone who buys a Makerbot can immediately download and print any of Thingiverse’s 25,000 designs. Those with the software skills to create new designs and upload them to the site are rewarded with hacker fame and remixes from others in the digital DIY community. And every new blueprint on the site boosts the utility of the machines sold so far.

Pettis says that openness has been part of the site’s philosophy since 2008–a year before Makerbot was even founded–when he and fellow Thingiverse creator Zach Smith built the site in an hour one Saturday afternoon. “We keep it open because it feels right,” says Pettis. “There’s no downside to sharing it. All the competitors are going to make stuff and share on Thingiverse, too, and that just benefits our community.”

But Pettis’ and Thingiverse’s dream of pure openness may be just that. A quick browse through the site turns up plenty of potentially trademarked or copyrighted designs, like an Iron Man helmet or figurines from Star Wars and the videogame Doom. The site has already had to remove several designs after receiving takedown notices under the Digital Millennium Copyright Act. And the first rumblings of a rights-management system for controlling the sharing of physical things are appearing: The IP-hoarding firm Intellectual Ventures received a patent in October for a 3-D printer feature that blocks the creation of verboten objects.

Thingiverse has yet to face an intellectual property lawsuit over the infringing content its users upload, like the $1 billion tort that Viacom threw at Google’s YouTube service in 2007. The lawsuit, which is still ongoing, has cost Google millions in legal bills and pushed it to adopt its own proactive copyright protections. The intellectual property laws around software designs for physical things have yet to be hammered out, but Makerbot remains determined to avoid censoring content unless it’s absolutely required to. “For now, it’s an exciting time,” says Pettis. “Things aren’t ruled by copyright.”

So let’s get back to Pattis’s final quote in the product video: “We can’t wait to see what you make with it”!  Despite a clause in Thingiverse’s terms of use that bans uploading any design that “contributes to the creation of weapons, illegal materials, or is otherwise objectionable,” the site hosts a slew of blueprints for edgy objects that toe that line or cross it: secret keys to high-security handcuffs, realistic toy guns or, scarier still, restricted gun components that can be combined with mail-order parts to create a working AR-15 semi-automatic weapon. One group calling itself Defense Distributed hopes to create a file for a gun capable of shooting a .22 caliber bullet and may upload its final design to Thingiverse.

Pettis has treated the appearance of those objects on the site as inevitable–almost out of his control. “The cat is out of the bag,” Pettis wrote in a blog post to the Thingiverse community last year, addressing the presence of weapon components on the site. “And that cat can be armed with guns made with printed parts.”

For further information, please refer to the Forbes article and watch the video below:

We find this a fascinating area and one that deserves a follow up article. Stay tuned!