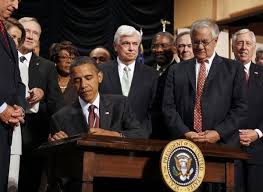 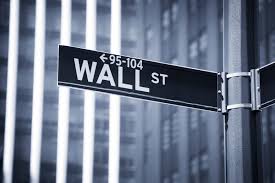 END_OF_DOCUMENT_TOKEN_TO_BE_REPLACED

Wall Street has applauded yet another large financial settlement by Citigroup when the bank’s shares rose nearly 2%.  Citigroup has agreed to pay $590 million to shareholders who sued the bank over toxic mortgage backed securities that the bank failed to write down yet knew were worthless.  The lawsuit had been brought on behalf of investors who purchased Citigroup shares between February 26, 2007 and April 18, 2008 when the financial crisis exploded.

While the proposed settlement has yet to be approved by the judge, the announcement is yet another example of a major bank settling for a fraction of the losses incurred by shareholders.

In a recent The New York Times article written by Vickie Elmer entitled: Simplifying Loan Documents is said that the federal agency, The Consumer Financial Protection Bureau, created by Congress after the finantial crisis, states that mortgage documents should be written in simple, uncomplicated and easy to understand language. So, after two months of researching and examining it is offering that lenders provide borrowers with two new forms. One will be used at the beginning of the lending process and the other before closing.

The three-page Closing Disclosure was brought out last month along with a new loan estimate document. Borrowers will be getting the proposed document three days after they apply for a mortgage or refinancing. One of the goals is to protect them from some of the indistinct and burdensome lending practices that led to the mortgage and financial crisis of 2008 and 2009.

According to June Harris Interactive poll for MortgageMarvel.com, an online shopping site, about a quarter of mortgage shoppers considered a full, accurate disclosure of all fees most crucial when shopping for a mortgage online.

According to the nationwide survey of 2,214 adults considered an anonymous access to rates to be the second-most-important item on the wish list.

The financial protection bureau said it had spent almost 18 months in research and review, including rounds of testing of the two documents with groups of consumers and industry professionals.

According to the bureau, the new disclosures would make it easier for borrowers to see and avoid risks such as prepayment penalties or loan balances that grow, known as negative amortization. They would also include the list of terms which could change over the life of the mortgage.

Until November 6, the public and the real estate industry are going to comment on the forms and rules. The new documents are expected to be put in place next year, however, the date has not been fixed yet.

Some mortgage professionals wondered whether the changes were necessary, especially given the fact that the HUD-1 closing document, which details costs and loan terms, was revised only two and a half years ago.

According to Mr. Cordray, it is not necessary for borrowers to wait for the documents to become officially available. He says the Consumer Financial Protection Bureau’s Web site provides the consumers with sample forms which can be downloaded. Then, the consumers can ask their lender questions to fill in the key information.

Michael Moskowitz, the president of Equity Now, a direct lender based in New York, claims that getting good information on a mortgage or refinancing means collecting completed good-faith estimates at the start and not just accepting an email with partial terms from a lender. If you receive three good-faith lender estimates and compare, you can get a great picture of whose costs are high and whose costs are low.