Having to go to court for a plant might seem a bit much, especially when the plant we are discussing is marijuana. Understanding the laws of this popular plant is so complicated that even local law enforcement in the state of California can’t seem to understand how to handle this decriminalized herb. Marijuana leading to increase in DUI charges in California has become an issue to the court system and to the individuals receiving the DUI.

Most DUI cases end up leaving the defendant in jail for approximately 3 days while the judge gets to hear the case and decide what the sentencing will be. Facing legal actions for being high on a plant that is known to ease tension should be a crime itself, due to the fact that more and more doctors are being summoned to court after dealing with patients all day to clarify that the defendant is in fact under the prescription of marijuana, and is allowed to smoke this non harmful plant. Driving under the influence of marijuana according to the State of Colorado and Washington is an acceptable thing, and although the Feds never really approved the use of marijuana, state law seems to be passing all kinds of legalities that tells the individual how to operate after smoking marijuana. However, given that the plant has not been fully legalized in California, it is leading to the increase in DUI arrests.

END_OF_DOCUMENT_TOKEN_TO_BE_REPLACED

The retailer was charged with six counts of violating the Clean Water Act in California and one count of violating a federal law related to pesticide disposal in Missouri.

Since 2003, Wal-Mart employees tossed products like bleach, fertilizer, hairspray, nail polish and deodorant into trash or the local sewer system.

END_OF_DOCUMENT_TOKEN_TO_BE_REPLACED 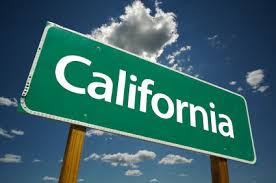 In a recent Wall Street Journal Law Blog Post written by Chad Bray entitled:California’s Longest-Serving Death Row Inmate Wins in Ninth Circuit, Mr. Stankewitz, a Native American, has been on death row in California since 1978, when he was convicted in the kidnapping and murder of Ms. Greybeal had his capital sentence set aside.

Mr. Stankewitz was one of the first people sentenced to death after the state reinstated capital punishment in 1978. Thirteen people have been executed since.  In a 2-1 decision Monday, the Ninth Circuit upheld a court order that Mr. Stankewitz’s death sentence be vacated unless California officials seek to retry the capital phase of his case within 90 days or resentence him to life without parole.

The ruling by the U.S. Court of Appeals for the Ninth Circuit tracked that of a lower court, which found that a lawyer for Douglas Ray Stankewitz failed to investigate circumstances leading up to the murder of Theresa Greybeal – namely Mr. Stankewitz’s abusive childhood and long history of substance abuse. On December 01, 1989, Hector Ayala joined his brother Ronaldo on Death Row when a judge affirmed a jury’s recommendation for the death penalty for a drug related killing of three men in a Southeast Dan Diego garage on April 26, 1985.  At the time of the conviction, lawyers for Mr. Ayala alleged that prosecutors struck jurors from hearing the case on the basis of their race.  The judge who presided over he case heard the prosecutors arguments for disqualifying certain jurors but failed to reveal these reasons to either Mr. Ayala or his lawyers.

On Wednesday, August 28th, the U.S. Court of Appeals ruled that the trial judge’s handling of the juror strikes violated Mr. Ayala’s constitutional rights and ordered Mr. Ayala released from custody unless the state decides to retry him.

On Sunday, May 27th, San Francisco’s Golden Gate Bridge turns 75 years old.  The famous red bridge connects San Francisco with northern Marin County.  Prior to the construction of the bridge, the only way to get across was by ferry.

The Golden Gate Bridge, a wonder of the world for 75 years, an article posted in CNET by author Daniel Terdiman, provides an excellent summary and history of the bridge and is well worth reading.

All was not smooth during the construction of the bridge which did not begin until January 5, 1933.  Disaster struck several times:

Some Interesting Facts about the bridge:

“The economy is so bad that it’s getting more and more difficult for these debt collectors to get money from people who just don’t have it,” said Tammy Hussin, a Carlsbad attorney who handles debt collection cases for consumers.

“So the collectors are more frustrated, and they’re getting more aggressive.”

Abusive and profane telephone language has fueled many of California’s lawsuits. Debt collectors are accused in court papers of calling consumers a “jackass,” a “(expletive) idiot,” a “big baby,” a “low-life,” a “crackhead,” an “irresponsible flake” and “stupid.”

The article entitled: Debtors seethe, sue over collectors’ tactics, was written by MARJIE LUNDSTROM and SAM STANTON and can be found on SouthCoastToday.com.